“The last of America’s military forces in South Vietnam boarded crowded boats and aircraft in a desperate bid to evacuate the nation on April 30, 1975. North Vietnamese tanks smashed through the gates of Saigon’s Presidential Palace on the same day.

The cost of the conflict was enormous. Bombing and landmines wreaked havoc on the country’s infrastructure, while poisonous agents like Agent Orange devastated areas of the country’s normally verdant terrain. Two million civilians and 1.3 million Vietnamese soldiers died as a result of the conflict.

The majority of these soldiers were killed while fighting for or with North Vietnam. Despite the defeats suffered by North Vietnam, its government and friends in the south had reason to rejoice.

According to historian Christopher Goscha, they had “prevailed against all odds,” first defeating the French in a violent decolonization battle, then defeating the Americans in one of the most savage conflicts of the Cold War.”

Life After the War.

Life after the war was very difficult for many people, especially the southerners who had helped the Americans. The North enforced strict measures on the southern capital and quickly stopped any alternative ways of thinking.

According to the Paris peace accords North and South would work together to reunite the country in a constructive and non-threatening way.

The National Council of National Reconciliation and Concord will organize the free and democratic general elections provided for in Article 9 (b) and decide the procedures and modalities of these general elections.

No, It did not, and I am going to share some personal stories from my Vietnamese family about their view on what happened after re-unification. Obviously I will not be using names as this is still a communist country and all must obey.

I have been living in Vietnam for fifteen years and am married to a Vietnamese lady and she and her family have shared these memories with me over the years. If you thought your upbringing was tough, the post war years were not easy for the Vietnamese. Doubly so for the Southerners.

Living with the enemy.

My Grandmother in law was once a very rich lady. She owned two properties and made a considerable amount of money by renting out rooms to the Americans throughout the war. She could speak English fluently and was well liked for her no nonsense attitude. There was no “hanky-panky” happening anywhere in her house. So she was respected and well-loved.

She also contributed to the community by providing rice and vegetables to her neighbors’. The love and respect from the local neighborhood was well-deserved. She lived through the events of 1975 as she was living in Saigon at that time. It is the one thing she will not talk about.

I have heard stories and read books about what happened through those days and it is pure luck she survived. I will tell you my favorite books later.

Like people everywhere the locals wanted to “buddy up” to the new regime and started pointing fingers to those that supposedly helped the Americans. And even though she had helped so many, she was accused of aiding and abetting with the Americans. She was stripped of her property and, although she luckily did not have to go into a re-education camp, lost all her assets.

The story between then and now is best related in the next story about my wife as a child growing up in post-war Vietnam.

When I first met my wife to be, she took me “home’ to her mothers “house”. It was a three roomed concrete square with one room being a toilet. I will not and can not talk about the politics behind this but I was shocked.

The good news is that she is now living a comfortable life in a 3 story villa and is very contented. She is surrounded by her family and loved by all. She is a very special lady.

“Ma” in Vietnamese means ghost. It is pronounced in a mid level tone ( Thanh Ngang ). It sounds like car. The Vietnamese have a very strong aversion to ghosts. It has been known for people to leave their houses and rental properties under the belief that it is haunted by a spirit. With what has happened in this country who am I to disagree.

My wifes’ story fills the gap between what happened to her Mother and where they were when we first met. Here we go.

I first met my wife, to be, in a restaurant, she was the cashier. A position of trust in Vietnam. It took me a long time to “woo” her over and even longer until she started to share her stories about growing up in post-war Vietnam. She has agreed that I can share these edited versions of her life.

Post war Vietnam was very hard and probably even more so for that generation of children. They did not get much chance to be only children. They had to grow up very quickly and make money for the family to survive.

Com ( pseudonym: means rice in Vietnamese) had to start work at 7 years old while still attending school in the mornings. If you wanted to learn in the afternoon you had to pay. Her family could not afford that.

These are snippets from what we have talked about. If I get comments saying you like this I will expand on this content.

So if you want to find out more please leave a comment or visit my website. This is not about teaching in Vietnam, but it is one of the many experiences you will encounter in this amazing country.

My Favorite books about post-war Vietnam are;

“Perfect Spy” The incredible double life of Pham Xuan An. Written by Larry Berman and quoted as “an extraordinary read” by the Washington Post Book World. Kindle $8.99; Paperback $12.99 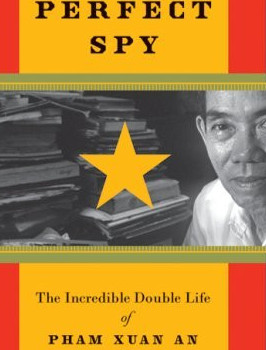 “The Headmasters Wager”. Written by Vincent Lam and quoted by the San Francisco Chronicle as ” Lam entertains and educates with fluidity and style, and that just might be a miraculous cure of the literary kind”

But please don’t expect sunshine and roses, this is “nitty gritty’ stuff that will make you think and keep you enthralled at the same time.

All wars are ugly and it is the people who suffer, the soldiers, the civilians but never the politicians. Lets’ send them next time.

If you have enjoyed this or even made you think leave a comment and I will answer.

Any or all links on this site maybe affiliate links, and if you purchase something through those links I will make a small 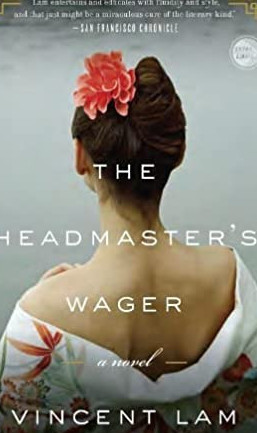 Please support my website as I am trying to help those suffering in Vietnam due to the covid outbreak. We have had close on 300,000 infected in Ho Chi Minh City alone. In my “hem” ( small street) one person has died and we have one family who are all infected. The Government, I am sure, is trying to do the best they can. But the money promised to the Vietnamese is not being handed out. It tends to get to the local authorities and not much further. So with your support I can help a little. Thank you for looking. And blessings if you can help.

This is not my normal type of post as I try to keep my content related to teaching EFL or ESL in Vietnam, but these posts give you a bit more understanding of the culture. If you want to find out more about Vietnamese culture please visit my Website.

Peace and Love to all.