This language is not easy, but will open a lot of doors if you can speak at least a few words.

Vietnamese is spoken by more than 100 million people worldwide, with the majority, 90 million plus speaking it as their first language.

It is the Vietnamese (Kinh) people’s native language, as well as a second or first language for other ethnic groups in Vietnam. Vietnamese speakers can also be found in other parts of Southeast Asia, East Asia, North America, Europe, and Australia as a result of emigration”. Source, Wikipedia.

When you have the opportunity to travel, it is much more memorable if you get to experience life as a native. With your Vietnamese skills, you may engage in general conversation, cultural exchanges, and request suggestions with anybody you meet.

Learning Vietnamese is kind of a running joke among the Vietnamese expat community. It is something that everyone considers. The majority of people attempt it. Only a few people are successful. And it’s not hard to see why.

To begin with, many Vietnamese city people speak English, to the point where you may not need to know a single Vietnamese word to get by. Or you know enough to buy a beer. (Bia)

Second, Vietnamese ican be a difficult language to learn. So many people abandon trying to learn after realizing they still can’t have a basic conversation after months of study.

With that stated, learning Vietnamese is possible, enjoyable, and well worth the effort.

If you learn Vietnamese you can locate the better restaurants. And you will have the ability to order the best Bun cha or Pho. Also you can find out what locals have to say about Tet  (Lunar New Year) or the Mid-Autumn Festival. And other events and activities that you’re interested in.

You can also learn about their practices and traditions, as well as their views on life. And you will blow their minds if you can talk with them in their language.

It is well worth taking the time to learn,at least, a few phrases. They will love you even if you try.

What is the difficulty level of learning Vietnamese?

Vietnamese is neither difficult nor simple to learn. It is  more realistic to describe Vietnamese as “an easy language” rather than a difficult language. However, one feature of the Vietnamese  that is difficult to master is pronunciation.

Why?, because it is a tonal language. There are six tones in the Vietnamese language.

There are six tones in Vietnamese that you need to learn and master when you learn Vietnamese.

But to reach this level, you’ll need to study pretty hard. This Vietinamese language is also related to Cuoi and has three distinct dialects. And these are the Hanoi (Northern Vietnamese) dialect,the Hue (Central Vietnamese) dialect, and the Saigon dialect (Southern Vietnamese). The Northern dialect is considered the better dialect as it is the Capitol city of Vietnam, and where the Government is situated.

The best ways to learn Vietnamese. 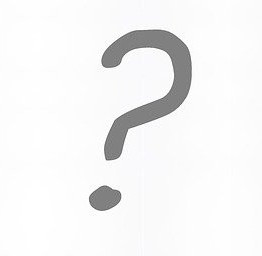 Is it worthwhile to learn Vietnamese?

While it is true that learning to understand the six tones of Vietnamese as well as foreign vowels will take a lot of practice, don’t give up.  It is possible to learn Vietnamese and it is definitely worth the effort.

I hope this helps you in your decision to learn Vietnamese. If you need help, I can offer free lessons online.

4 thoughts on “How to learn Vietnamese”